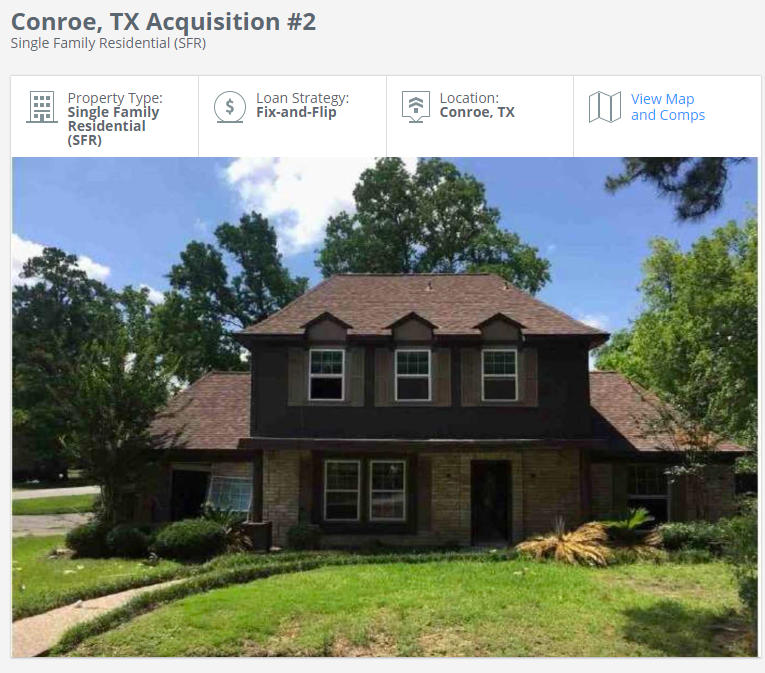 This home was a money-loser, but I still got 87% of my money back.

I’ve been investing in real estate through PeerStreet since January of 2018. During that time, I’ve invested in 87 properties, 60 of which have been paid off.

I just had my first loss on a PeerStreet investment. But here’s the beauty of investing in real estate-backed loans: you usually get at least some of your money back in case of a default.

In my case, I invested $2,346 in a home in Conroe, Texas. It went south quickly; the buyer stopped making payments after just two months. After the last interest payment on September 5, 2018, the homeowner failed to make any additional payments.

The home went into foreclosure and was sent to auction. PeerStreet was the winning bidder at the foreclosure sale in February of this year and then began marketing to home to sell.

Several offers came in prior to hiring a broker. The first offer ended up falling through after due diligence. The buyer couldn’t get financing because of an issue with the property elevation.

A second buyer came through and bought the house.

When everything was said and done, investors got 87% of their money back.

It took a while. Money wasn’t returned until October 30, 2019, so it was over a year since the buyer stopped making payments.

But losing a bit on one deal isn’t bad. Of the 60 loans I’ve invested in that have been paid off, this is the first to take a loss. The others paid at least 7% interest.

This is a lot better than my results with unsecured loans at LendingClub. My return there is less than 2% after accounting for all of the write-offs. I’ve earned more in my savings accounts.

In 2015 I wrote about how I was investing in peer-to-peer loans through LendingClub as a way to juice returns on my cash.

Unfortunately, it hasn’t worked out so well. My returns to date are below 2%.

This isn’t because I invested in riskier loans. LendingClub predicted that, based on the automated investing approach I had, I’d see returns of 5.5%-8.3%.

Of course, I started investing before news came out the LendingClub was up to shenanigans. But here are a couple of other things I learned along the way:

1. The house always wins. I originally looked at LendingClub from an investor’s point of view only. I didn’t bother to look at how it works for borrowers. I should have paid more attention to this. It turns out that borrowers pay an origination fee when they get a loan. For a while this was 5% off the top on all but the best loans; now it is 1.00%-6.00% depending on the borrower.

So if the origination fee on a loan is 5% and the person borrowers $10,000, they end up only getting $9,500 and LendingClub gets $500 before a single loan payment is made. See the conflict of interest here? It’s in LC’s best interest to originate as many loans as it can, even if they won’t be repaid. They win even if investors lose on any given loan.

2. There’s a lot of fraud. I know that LendingClub and its peers have taken steps to address this lately. But when someone takes out a loan and doesn’t make more than one payment, something is fishy. It turns out lots of people were taking out loans on multiple platforms at the same time. I also question how much work goes into verifying borrowers’ data.

Another thing to keep in mind is that you’re making loans with 3-5 year maturities. If marketplace lending like LendingClub starts to tank and delinquencies go up, you’re kind of stuck. There’s a marketplace for selling loans but it’s not as liquid as you might hope.

I’ve shifted my money that would go to LendingClub to PeerStreet. I feel more comfortable investing in loans that have something as collateral, and PeerStreet delivers that. You can also invest in shorter-term loans there.

Over the past six months, I’ve invested in a fixer-upper house in Los Angeles, a brownstone in Chicago, a vacation home in Colorado, plus eight other properties.

I’ve done this from the comfort of my home and without putting more than $3,000 at stake in each property.

How have I done this? With a service called PeerStreet.

PeerStreet lets you invest in short-term loans that are backed by real estate. This should make them more secure than unsecured notes you can buy on LendingClub.

Most of the real estate loans are for rehab projects, buy-to-rent and similar investment properties.

You can peruse loans, find ones that meet your requirements and then invest as little as $1,000 in each one.

Here are some reason I like PeerStreet compared to regular peer-to-peer lending:

1. Real estate-backed loans – All of the loans are backed by real estate, and the loan amount leaves some cushion in the loan in case the borrower defaults and the home value has fallen.

2. Personal guarantees – Most of the loans also have a guarantor, and you can see their credit score.

3. Diversity – You can invest in notes backed by real estate all over the country, giving you diversity in case of a downfall in one region.

PeerStreet makes money by taking a small sliver of the interest for itself.

If you are interested in investing on PeerStreet, use this link to get a 1% yield bump on one of your investments (and I’ll get the same bump as a reward). 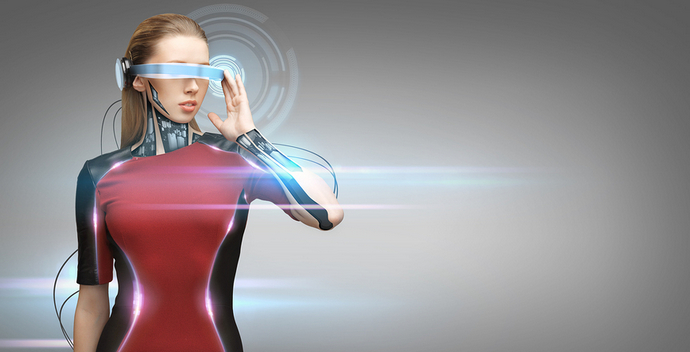 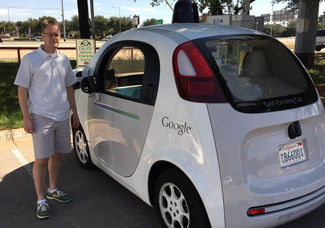 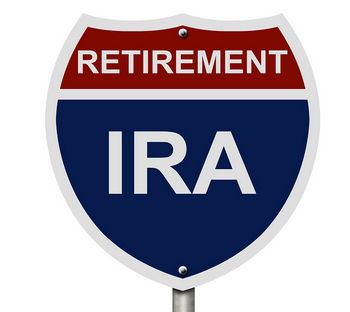 I’m frequently pitched investment opportunities, ranging from real estate to oil leases to restaurants. I’ve always invested out of my bank account but have been curious if I could invest through my tax-deferred requirement accounts.

The short answer is yes. These investments are possible, but probably not through the broker that holds your IRA.

I reached out to Kirk Chisholm, Principal of wealth management firm Innovative Advisory Group to learn more. I posed this scenario: I want to invest in a real estate deal for a new apartment complex in town. I want to invest through my IRA funds that are currently in an account with a major broker.

UpMoney: Will I have to move my funds to a new custodian?

Chisholm: The short answer is, probably. Although all qualified custodians are allowed to hold virtually any asset in their custody for IRAs, most of them do not. It is the custodian’s choice on what assets they allow their clients to hold at their firm. Most custodians have chosen to specialize in certain asset types, either traditional or alternative investments.

For example, if you ask the broker dealer that you buy and sell stocks through, to hold an apartment complex, they will probably look at you funny. Then they’ll say you can’t do that. What they really mean is that they won’t do that.