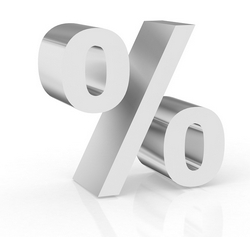 The past several years have been dismal for savers. Many banks are paying just $1 of interest per year per $1,000 deposited.

Is it worth shopping around for higher rates? It depends a lot on how much you have socked away in savings, and how little interest your bank is paying. I searched the web to find 10 banks offering 12-month CD rates of 1.0% or better as of 10/19/15:

Now that I’ve done the homework for you, does it make sense to lock your money up for a year at these rates? I think it depends on the delta between the CD rate and your savings rate. At such low rates, you literally need to consider your time when it comes to opening a CD. Is it worth spending an hour opening an account, and a bit of extra time to handle the taxes, that will earn you an extra $200 a year before tax? 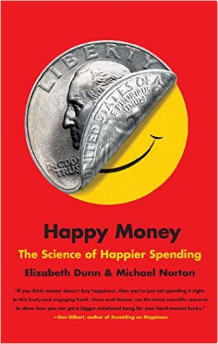 It’s natural to think that the more money you make, the more you can spend, and thus the happier you will be. But as you make more and spend more, you quickly discover a disconnect in this logic.

Happy Money is a recently-updated book (Elizabeth Dunn, Michael Norton) about the science of spending and how to make yourself happier when you spend. The principles are simple, yet we often overlook them. I’ll refer back to these principles frequently on this site, so here they are:

1. Buy Experiences. The best way to look at this is to consider the opposite first. Odds are, when you bought your current car, you were pretty stoked about it. You drove it just to drive it, to experience it. After a couple years you got less satisfaction out of it and looked at it as more of a mode of transportation.

Compare that to some experiences you’ve had, whether they were vacations or evenings out with friends. Do you have a memory or two that you remember often?

This is why you should buy experiences. Experiences give you joy well after you’ve bought them (if they even cost money). Physical goods eventually don’t give you happiness. You end up upgrading, enjoying it for a period of time again, and then continuing the cycle.

I hadn’t really thought about this before reading Happy Money. I used to think spending money on experiences was throwing away money since you had nothing to show for it when you were done, as opposed to buying a physical item.

2. Make it a Treat. Simply: if you get something too often, you take it for granted.

Remember the first time you flew first class and thought it was awesome? After your tenth time, you probably appreciated it less. You start nitpicking the first class experience and the food.

Perhaps a couple flights in economy will make you appreciate first class again.

3. Buy Time. Spend money on things that save you time, so that you can do things you enjoy with your time. One great and reasonably-priced timesaver: a Roomba vacuum.

4. Pay now, consume later. Since this site is geared to people with savings, I’m going to assume you aren’t sitting on a mountain of credit card debt. But the principle of paying now and consuming later is still relevant.

The key is to separate the payment process from the use of any major purchase, be it a vacation or a car. Buy your flights a couple months in advance. Consider paying in advance for a vacation rental. When it comes to to enjoy it, you won’t have to think about the cost.

Growing up, I was told to delay the payment process as long as possible to earn interest on the float. That’s not very relevant when bank accounts are paying less than 1% interest!

5. Invest in Others. In other words, help someone out. Donate time or money.

It is amazing how good it feels to help someone out. I’d argue that spending time helping someone feels much better than writing a check, which is a topic for another day. 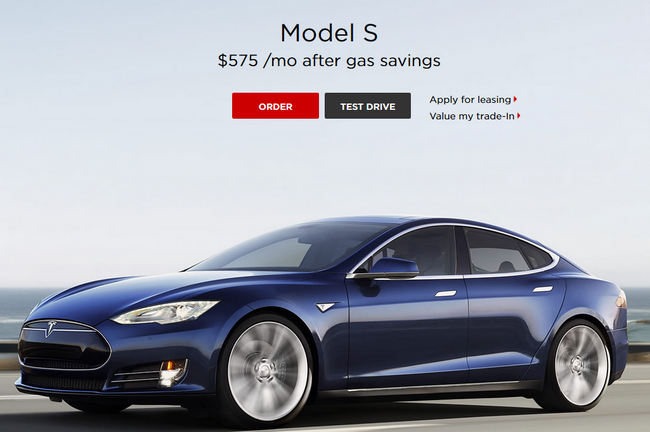 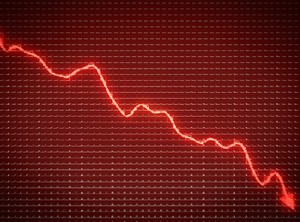 I used to run a site about college savings plans. The site had an email list, and I noticed the number of people who unsubscribed from the list spiked during the “great recession”.

When unsubscribing from the list, people were invited to type a reason they were no longer interested in information about college savings plans. Here are some paraphrased examples people submitted:

“I just don’t feel now is a good time to invest in the stock market.”

“I will invest when I’m more confident in stocks.”

When the stock market rebounded, these unsubscribes and excuses went away.

People were doing what we often do, but not what we should. They were avoiding the markets when the DOW was at 7000, but buying when it crossed 15,000.

I was proud of myself during the previous market meltdown in the great recession. Having been personally affected by the dot com crash, I recalled that everything bounces back. So I kept investing as the markets fell.

While I’m patting myself on the back for that, I’m kicking myself for getting nervous when stock markets shot up later.

They’re overvalued, I told myself.

Over the past month we’ve seen another fall in share prices, but it has been rather small in the grand scheme of things. That’s why I’m continuing to invest now, even though there’s certainly downside risk.

If you’re investing for the long haul, you shouldn’t try to time the markets. They will go up and down. It will be painful to watch, but time is on your side.

But how do you do this in practice? How do you watch as your brokerage account balance drops?

A key is to tune out what your investments are doing. If you’re like me, you use Quicken or Mint to track your finances. It’s a great way to keep on top of your money. But is it really helpful to know the balance of your retirement accounts every day?

Congratulations — you are one of the minority of people in the United States who have savings. You’ve worked hard, spent within your means, and have money in your back account!

Now, how should you invest it? Are you saving enough? How can you make educated spending decisions?

UpMoney™ was created to help you answer these questions.

I’ve talked to a number of people struggling to answer complicated questions about money, including technical questions and emotional ones. Unfortunately, these answers are difficult to find.

There are lots of blogs about living frugally and getting out of debt. These are great resources. But if you’re reading this site, you’re not trying to figure out how to save $10 a month on coffee or pay off credit card bills. You’re looking for answers to questions only people with money have.

That’s where UpMoney comes in. UpMoney explores the tough financial questions you face in life:

If you have a money question, please send an email to andrew (at) upmoney.com.